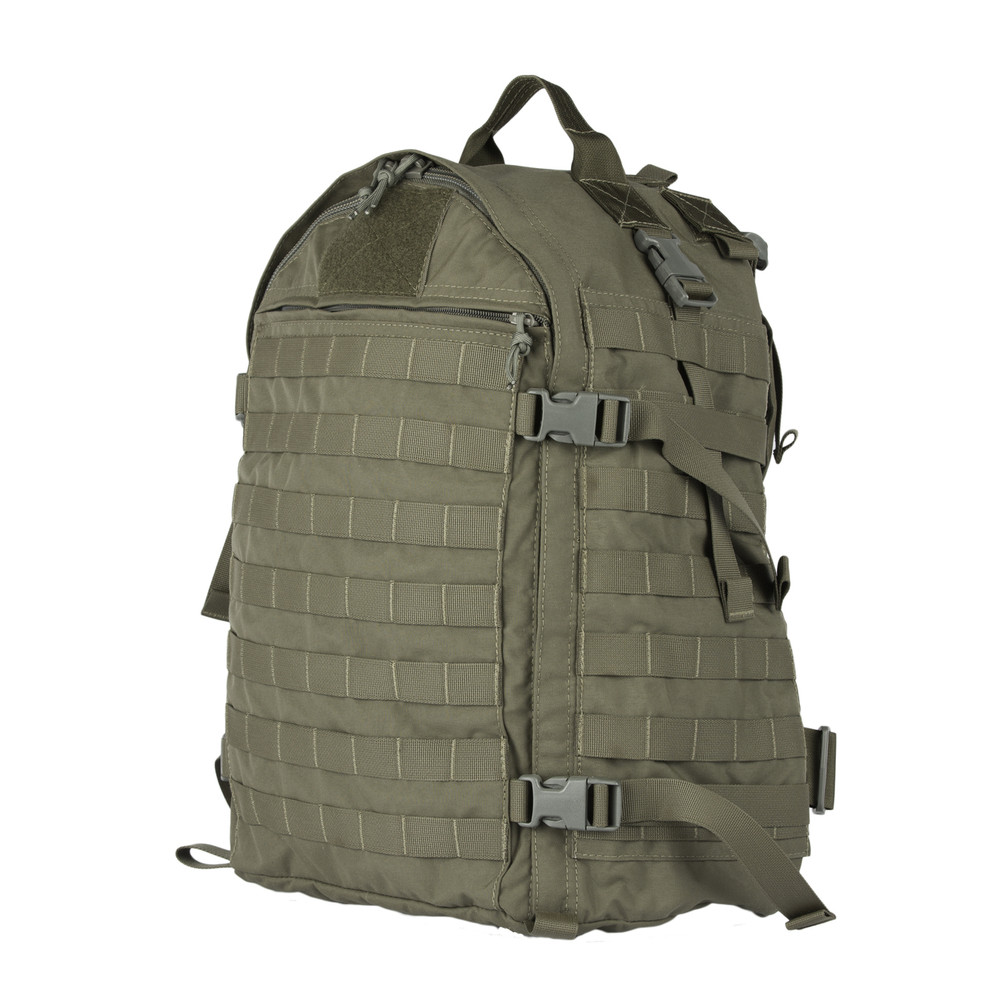 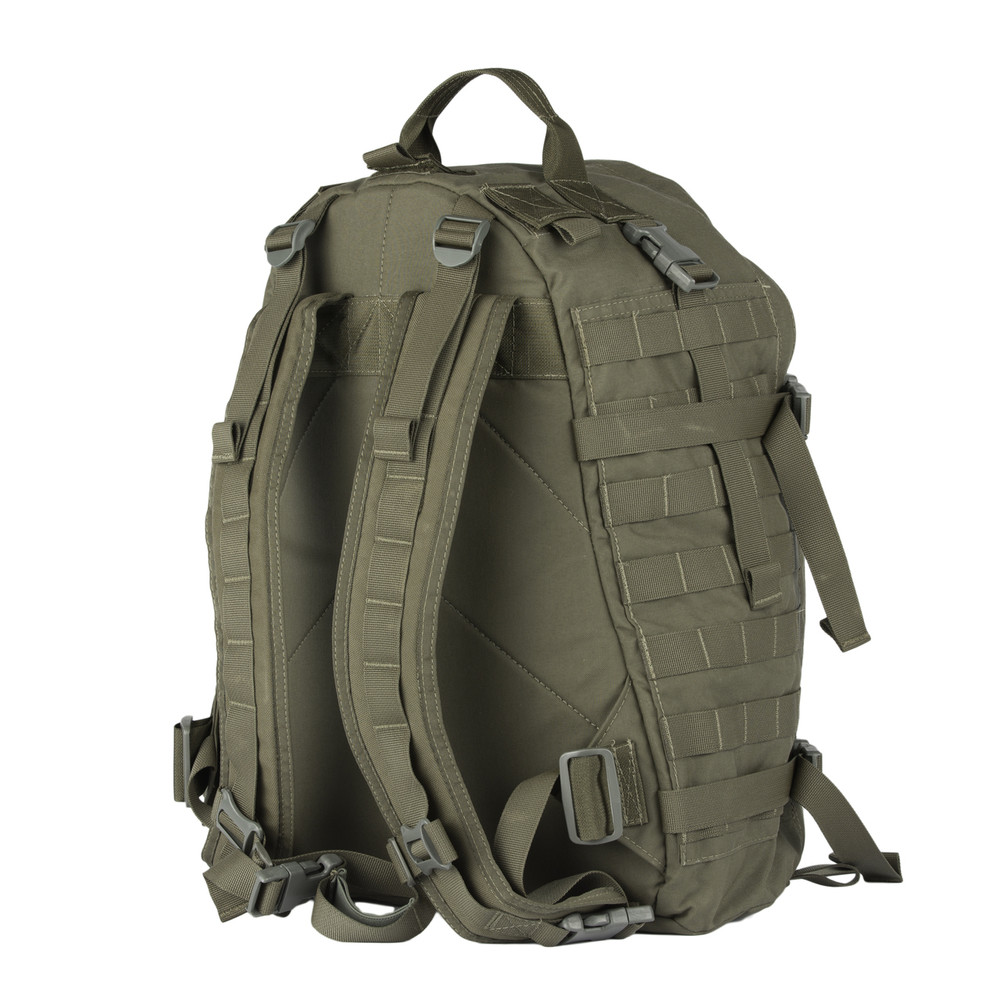 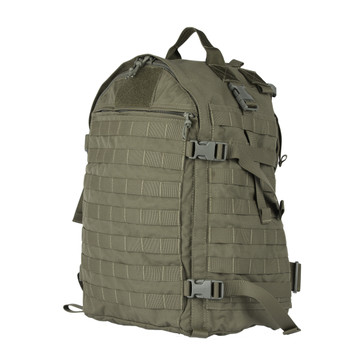 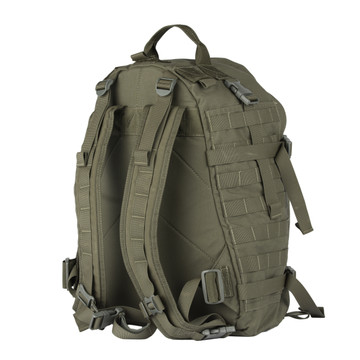 The RAID II is an update of the famous Lightfighter RAID pack. While the RAID was the premier assault pack, through hard use some areas of improvement were found, and addressed with RAID II. The face of the pack has a zippered utility pocket for fast stowing of items, while maintaining the PALS webbing of the original pack. The inside face of the pack is also supplied with PALS webbing, for the attachment of any MOLLE compatible pouch. Organization can be accomplished in any way the user wishes. Instead of the lash straps from the RAID, the back panel of RAID II has four one inch ITW/Nexus Tri Glides for tying into or tying down a wide variety of loads. The rear pocket can fit either hydration systems or an ATS frame sheet. Three flapped tube or wire routing ports at the 10, 12, and 1 o'clock are provided.

The greatest distinction between the RAID and RAID II packs is the shoulder straps. Through the input of Infantrymen, it was found that the thick straps of the RAID were hard to use when the pack was carried over armor. The 1/2 inch foam straps have been narrowed, and the attachment point strengthened and moved to the back panel rather than the top seam of the pack. Load lifters are provided to improved load carriage. Additionally, there is approximately three inches of vertical travel for the adjustable sternum strap. Due to its 500D Cordura construction, the pack weighs in at only 2 1/2 pounds.

The RAID II is covered by the ATS Gear lifetime warranty against manufacturer defects in materials and workmanship.

This pack is extremely light, yet very solid. Shoulder straps flat and very comfortable, can be used for shooting. With some 18 assault packs tried its simply the best. The low weight is gold. Rock solid zippers and plenty of molle, practical few pockets, you need to place some of your kit for stabilizing back if carrying heavy, but you can easily carry 40 pounds it still. Opens up for quick packing or overview, perfect also as a sniper pack to use as bed rest. Strongly recommended. Best I ever used. If you go jungle or high rugged mountains where you want to go light with no compromise - this is the pack.