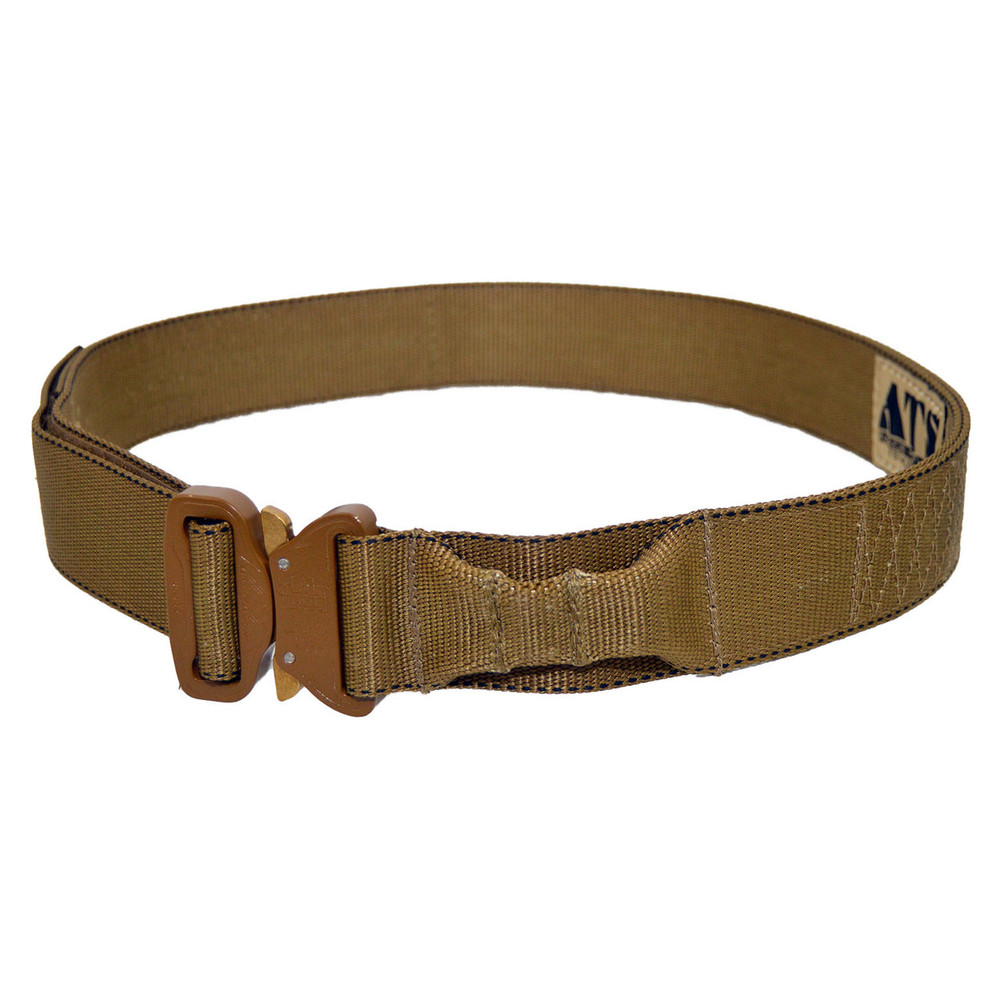 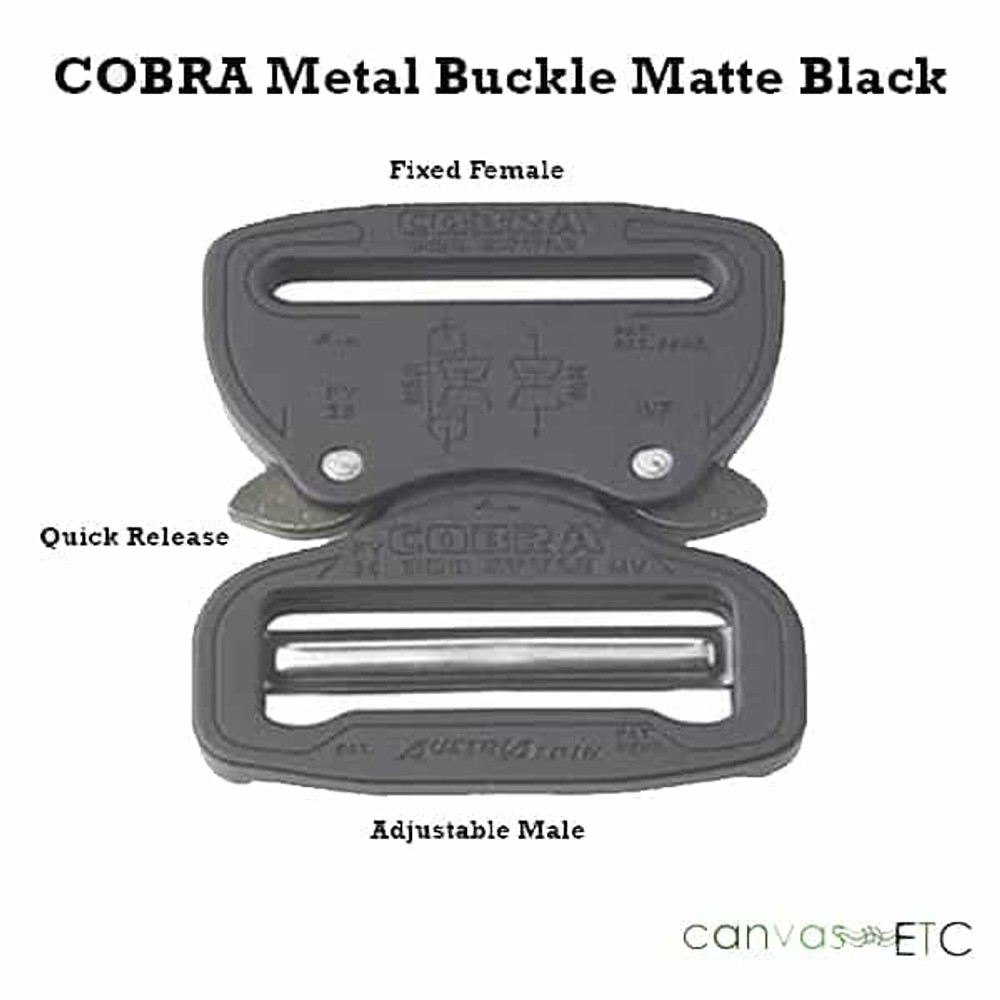 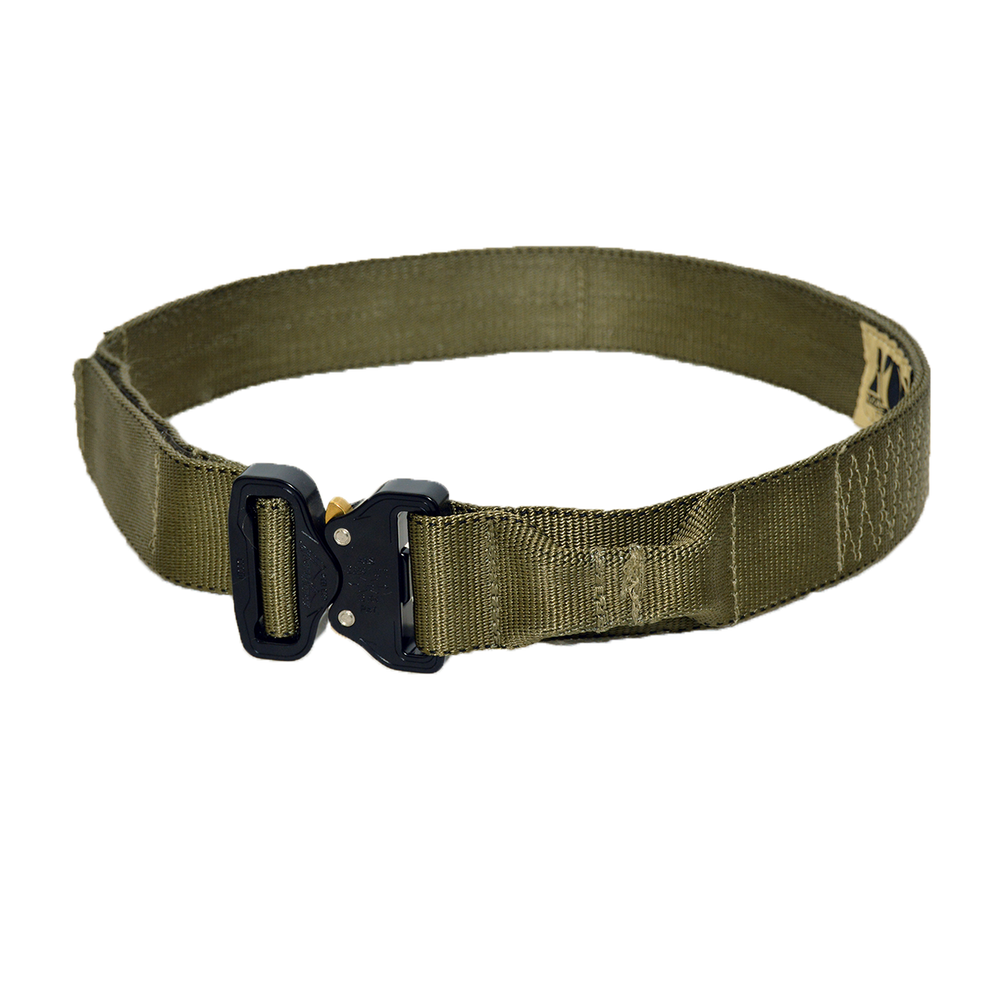 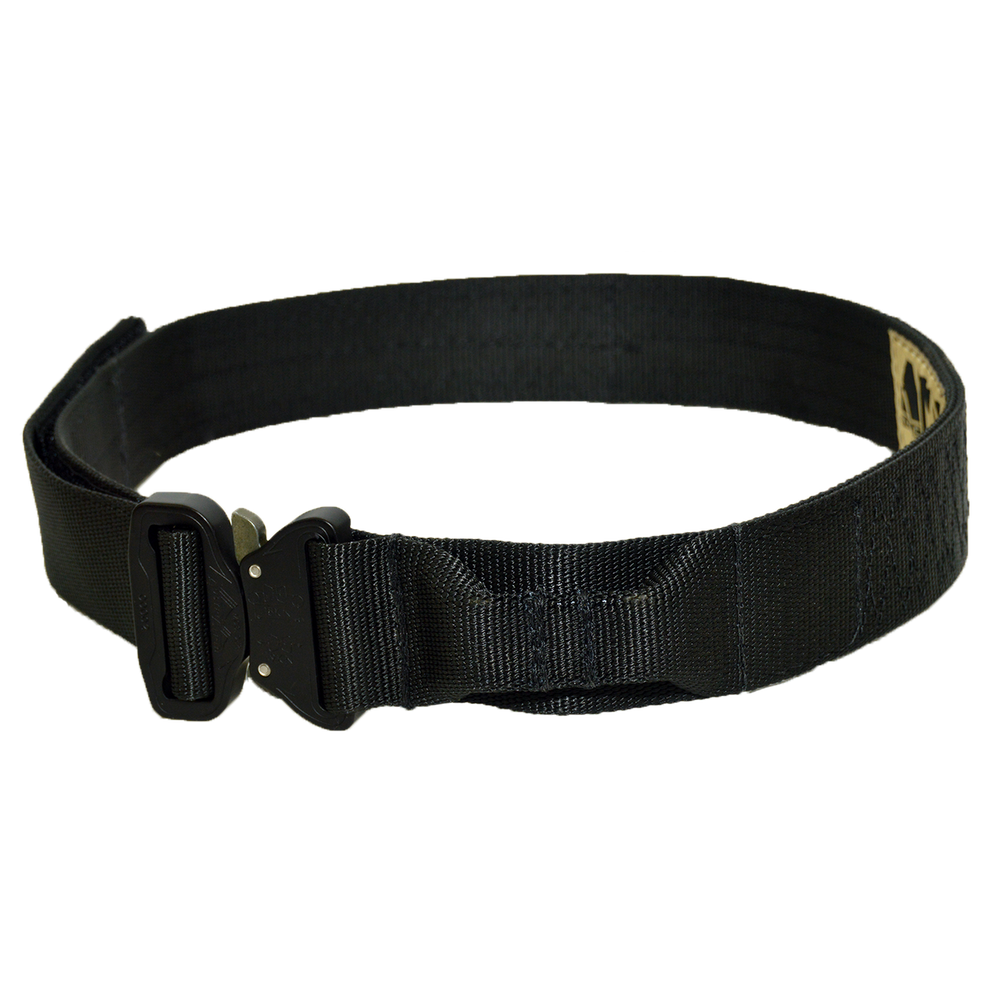 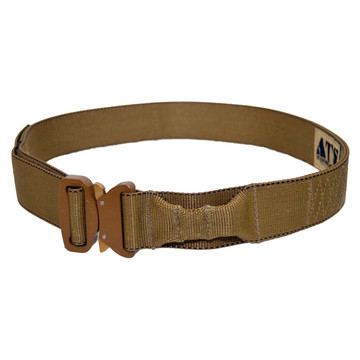 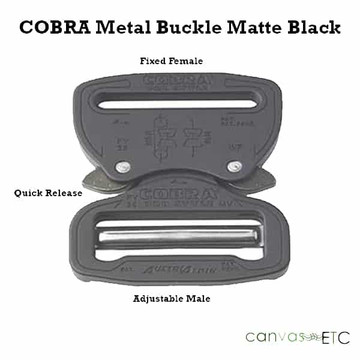 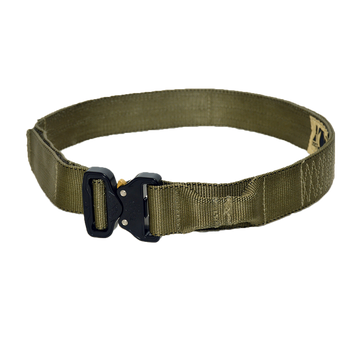 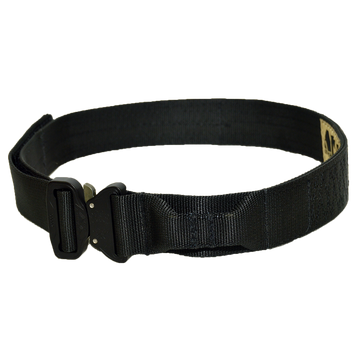 The ATS Cobra Buckle Rigger's Belt uses the excellent AustriAlpin Cobra buckle for both ease of use and incredible strength. The Cobra buckle is rated to 11kN, over 2470 pounds of force. That's strong. In order to make use of that strength, we built the belt from 1.72" Type 13 Mil Spec parachute-grade webbing, stitching it together with 69 pound nylon thread.

The belt is reinforced with a 4 inch long "W" stitch and has a "soft loop" for personal retention lanyard tie ins. To increase the strength even more, we added 5 lengthwise stitches, which also increases the stiffness somewhat. The end of the belt has been rounded with a hot cutter so the running end won"t snag.

We offer the Cobra Buckle Rigger Belt in Coyote Brown with a coyote brown buckle, or in Ranger Green and black with black buckles. They"re made in the USA and covered by the ATS Gear lifetime warranty against manufacturer defects.

5 based on 7 reviews. Leave a Review.

As far as a typical rigger&#039;s belt, this is pretty standard. It fits in through your belt loop with a little finagling, which can be a little annoying. It adjusts by velcro and through the cobra buckle. It seems like a pretty narrow window in terms of size, so don&#039;t settle on if you tend to fluctuate or plan on losing a bunch of weight. Also the loop for the D-ring, while also solid, does have a tendency to settle just under one of the belt loops on my pants. Not exactly a deal breaker since I can work around it, just one of those things. Now, as far as the spotlight feature, the cobra buckle, is concerned, I love it. It&#039;s solid and won&#039;t come undone until you want it to, with just a push of a couple latches. It&#039;s a little heavy but I&#039;d just call it robust. All in all, I have 2 of these from ATS. One for my battle belt and one for my pants. Neither have failed me yet. My only gripe was that I was pretty sure I ordered a Medium sized one and they sent me a small. I mean, I guess it&#039;ll motivate me to keep the redeployment weight off. It also took a little while to get to me, but I&#039;ll just chock that up to the delivery service.

The buckle of the Cobra is fail proof and releases without struggle, unlike the pistol belts and plastic buckles on some current belts. The belt itself is stiff and holds its shape. No sagging or twisting when on ones body despite three large capacity 45 acp mags, two M-16 mags, a dump pouch, a tourniquet, multi-tool, Springfield XD with tactical light,Blade Tech holster, push dagger, tactical flashlight, IFAK, and the pouches that go with this war belt. No doubt in a clinch it could double as a vehicle tow strap.l

This belt serves primarily as a lightweight first line rig for shooting/emergency anchor while hiking. It does both of those jobs exceedingly well. The craftsmanship is second to none and I really like the fact that they opted for the fabric loop instead of steel triangle as an attachment point. ATS&#039;s customer service is stellar and I will be buying more from them in the future.

Used this in conjuction with the ATS war belt to replace the thinner under belt it comes with. Cinches up nice and secure, very stable for all the gear it holds up.

Been using the belt inside a HSGI outer belt with 4 mag, med, admin and dump + holster and pistol and it supports the weight well with no fold over or creasing. Cobra buckle is a cobra buckle, no surprises there. Good belt for both size ranges ( those of you who run padded belts know what I mean) and rigidity. Would recommend