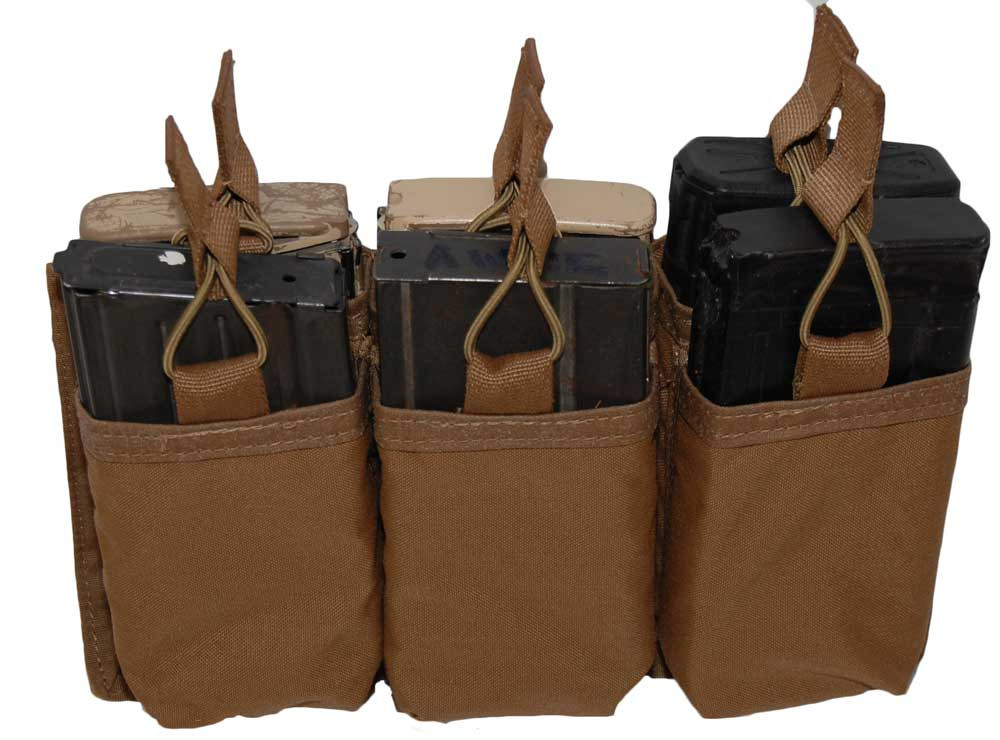 The ATS SCAR-H Six Pack Shingle looks, from the front, to be the ATS 7.62 Triple Shingle, but appearances are deceiving. This pouch holds six 7.62 magazines in a stacked, leveled configuration in the same amount of MOLLE space that the Triple pouch holds three. It's also slimmer than stacking two Triple Shingles on top of each other. It will fit SCAR-H, M14, SR 25, LR20, L1A1/FAL, and G3 family magazines.

We offer the ATS SCAR-H Six Pack Shingle in Coyote Brown, Multicam, and Ranger Green. It's covered by the ATS Tactical Gear brand lifetime warranty against defects in manufacturer's workmanship and materials.

There are no reviews yet.